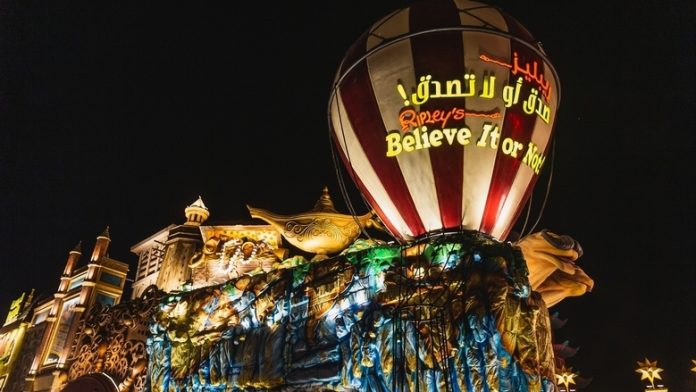 American franchise Ripley’s Believe It or Not! is a museum you can find all over the world and now it’s open in Dubai at Global Village.

If you haven’t heard of Ripley’s Believe It or Not! – it is an American franchise founded by Robert Ripley, and it showcases items and events that aim to shock and astound its visitors – hence the name ‘Believe It or Not!’

.@GlobalVillageAE, the region’s first family destination for culture, shopping, and entertainment, celebrates the opening of the region’s first-ever Ripley’s Believe It or Not!® Odditorium. #Dubai pic.twitter.com/meWZ9eFM7U

For lovers of space, you can find artefacts that have been flown in outer-space and even meteorites from Mars. One item you don’t want to miss out on is the actual kandora that UAE astronaut, Hazzaa Al Mansoori, wore when he visited the International Space Station. You can also find the astronaut’s space patches and Emirati food containers taken on the mission on display.