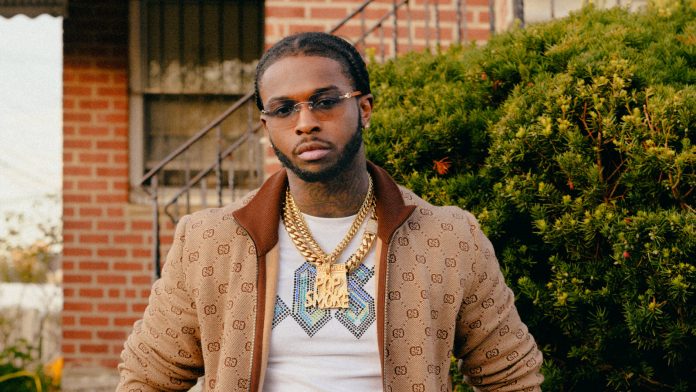 According to a report TMZ published Wednesday (Feb. 19), Pop Smoke, born Bashar Jackson, was shot and killed in an apparent home invasion in the early hours of the morning. He was purportedly staying in a home in Los Angeles’ Hollywood Hills neighborhood when multiple men broke in at around 4:30 a.m. The Los Angeles Police Department says as least one of the men was wearing a ski mask and two of them fired numerous shots at the rapper and left him for dead.

However, a press conference detailed there are two to six suspects in total. Pop Smoke was rushed to Cedars-Sinai Medical Center where he was reportedly pronounced dead. He was only 20 years old.

Pop Smoke released an album back in July and one of the songs, “Welcome to the Party,” blew up … it was considered by many the song of the summer. Nicki Minaj did a remix of the song a few months later. He also did a song, “Gatti,” with Travis Scott.

Police have yet to officially identify Pop as the victim and have not confirmed the owner of the home at 2033 Hercules Drive where the incident took place. Authorities are interviewing witnesses and neighbors. LAPD reports there were other people in the home at the time of the shooting. No one has been arrested in the case.

Fox 11 in Los Angeles reports that the home where Pop was staying is registered to The Real Housewives of Beverly Hills Teddi Mellencamp Arroyave and her husband. The outlet also reports that the house was allegedly used as an AirBnb.

R.I.P to my man Pop Smoke, No sympathy for winners. 🕊God bless him pic.twitter.com/5ZFa5ILUzl

Next month, Pop Smoke was scheduled to head out on the Meet the Woo Tour starting March 2 in Washington, D.C.