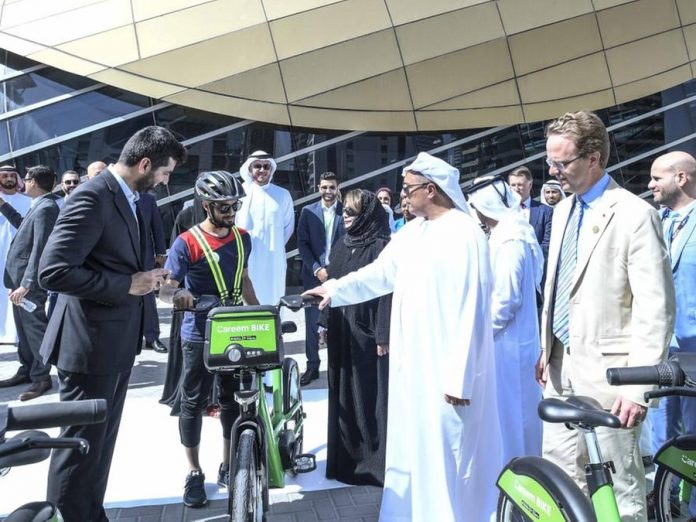 Dubai’s Roads and Transport Authority (RTA) and Careem have teamed up to release launch 780 pedal-assisted bikes, available to hire across the city. There are currently 78 docking stations, which can be found via the Careem Bike mobile application.

The app will also be required to ‘unlock’ the Careem Bike every time you use it. You’ll need to create an account which will be linked to your bank card for the payment. On the app you’ll also be able to see whether your nearest docking station is full, half full, or empty.

To unlock the bicycle, you simply need to scan the QR code on the bicycle and enter a five-digit code from the application into the station. Careem advises that cyclists should get off their bicycles crossing the road, wear a protective helmet and a reflective vest, only sit on the bicycle seat and ride on the right side of the bicycle track.

Bicycles will not be rented to under 15s, unless accompanied by an adult.

“We are pleased and excited to launch the first phase programme in the region,” said Mudassir Sheikha, chief executive and co-founder of Careem.

The ride-hailing firm can track the bicycles via GPS as they travel across Dubai.