Eddie Fresco, the Malta-based artist, is ready to introduce a taste of what is to be expected from his new album release ‘INCOGNITO’,

‘INCOGNITO’ is an album that draws inspiration from the bass-heavy, underground sound.

The new ‘INCOGNITO’ album consists of 12 tracks and has 5 featured artist spots including Wifisfuneral and Freewill on “Gucci Links,” Sadgasm on “Loud Gangster Rap,” Yung Belial on “N666XT,” and Ca$$ette on “Spirits in my head”.

The album ‘INCOGNITO’ is available on Spotify, iTunes, and Youtube. 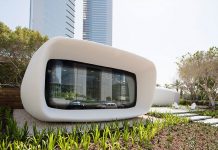